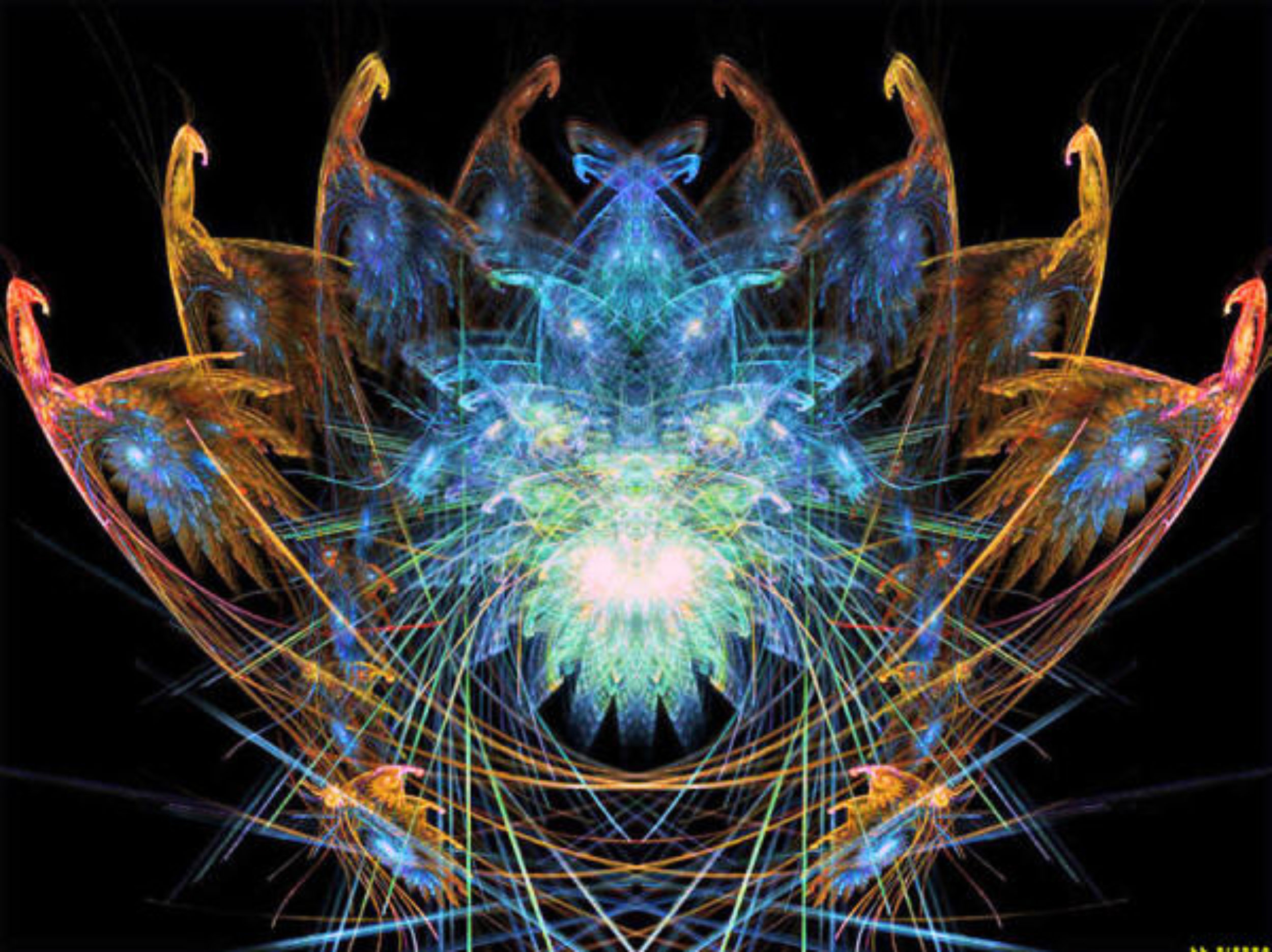 The Evidence has been in plain sight for decades and a whole lot has been written on it, with one of the best written by the late Jim Marrs. Also recommend reading anything about the Project Paperclip op or the masterpiece by Webster Tarpley – The Unauthorized Biography of George Bush 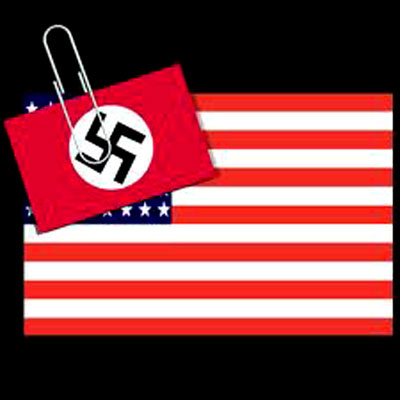 We, the heirs of the Third Reich,

have been an integral part of the American Government

since Patton crossed the Rhine.

American Fascism did not start with World War II.

Before Operation Paperclip, the codename under which the US intelligence and military services extricated scientists from Germany, during and after the final stages of the conflict, the annals of internal despotism were well established. With the open door policy for German engineering, the political ideology of state worship was bound to travel across the Atlantic.

The Pampas of Argentina or the backwaters of Paraguay were the preferred location for those who openly professed their reprehensible loyalty to the Führer principle. However, do not blame all those ex-Nazis for selecting the shores of the Americas for their new domicile, their seeds were planted long ago in the offices of Wall and Broad Streets.

Leni Riefenstahl’s Triumph of the Will saga shares more, than what one wants to admit, about the dark side of American History.

Do not be confused. National Socialism is an abhorrent notion to most Americans.

Nevertheless, the political foundation of that false ideology is based upon pure Fascism forged in a marriage of the Corporate/State that produces this demented offspring. The systematic destruction of the essential purpose and motivation for the American Revolution is undeniable with any objective examination of the regretful legacy of domestic tyranny.

This record of monocracy is one of a criminal class, as opposed to the iron fist of a single man. If you belief this is an erroneous assessment, consider the following chronicle.

From the beginning of the Republic, the Federalists conspired for the illegal passage of their central government constitution in order to form a competing world empire with their British cousins.

Their leader was Alexander Hamilton, who championed making individual states subservient to the original crony capitalists.

When the Father of our Country, George Washington admonished about the dangers on entangling alliances, the world was warned that the drive towards independent liberty was compromised under this new Federal system.

When Andrew Jackson rallied frontier populism against the establishment elites of his era, you had an opportunity to restore some of the former glory of the Revolution of 1776. The conflict over the abolishment of the National Bank symbolizes the eternal struggle that continues to this very day.

The Manifest Destiny of the U.S.-Mexican War demonstrated just how far the country strayed from the fundamental concept of independence from England.

The expansionistic campaign had more in common with the Crown than the Boston Tea Party. 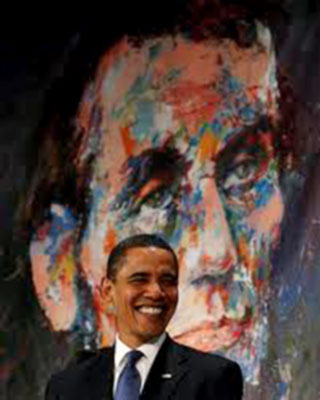 The early 19th century fascists looked to their next defender Abraham Lincoln, the lawyer for the railroad corporatist cabal and the worst of all despotic presidents, to complete the task.

The significance of the War of Northern Aggression is that the principle of independent sovereign states under the precepts of constitutional law died.

With the prevention of secession, the liberty of a voluntary union was betrayed for the rule, under a loyalty oath, to an Amerikan Reich. The next False Flag excuse was the Spanish-American War and the “Remember the Maine!” slogan that pushed the country into a “Pacific Imperium”.

Those NeoCons, like Senator John McCain, who revere Theodore Roosevelt as a model for imperialist jingoism, draw their psychopathic lusts from the same bloodline as Reinhard Heydrich and Heinrich Himmler. 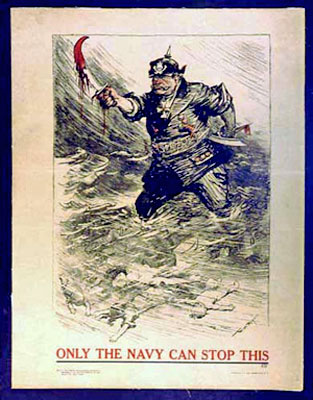 No longer will America be a society governed by elected representatives. The only coup to come out of his administration was won by the banksters. The fate of a proud people, sealed with the creation of,

..is the basis for the final destruction of the country and the horrors that befell our nation in the last century.

World War II inflicted the Franklin D. Roosevelt curse that guaranteed the imposition of socialism on the American people. How ironic that the Hitler bogyman’s regime, the scourge of Western Civilization and the reason for defending democracy, ultimately lead to similar collectivist policies, now adopted in the United States.

“Prescott Bush was one of seven directors of Union Banking Corp., a New York investment bank owned by a bank controlled by the Thyssen family, according to recently declassified National Archives documents reviewed by The Associated Press.”

So what can and should a “reasonable man” conclude from these examples from history?

The essential lesson is that the pristine fairy tale of the federal government’s noble role as defender of righteousness, that politicians want to accept and often die for, is a fictional myth.

Power politics always serves the interests of the banking elites, who control the political process, own the financial capital and manipulate the media viewpoint of events. This reality is pure fascism.

You live under this system, so grow up, and admit it… it is the lamentable truth.

Barry Soetoro, aka, Barack Hussein Obama fits the fascist mold to the tee. In the above video, Obama and Holder taking on Arizona’s SB1070, the treachery of his administration is evident.

The eradication of States Rights is standard policy coming out of this Federal governance regime. The separation ethnic dictates of the Nazi hooligans seem to contrast with the multicultural amnesty immigration ordinances that the Holder DoJ office fosters.

However, if you look closely, both share a parallel distain for the rights of indigenous citizens.

The Third Reich wanted to export their undesirables, while the Fourth Reich wants to destroy the natural citizenry by importing unwanted illegals. A fair read of the State of Arizona SB 1070 Bill indicates that individual states are under attack from a federal tyranny in the same way that the German people were subjugated by the Swastika.

“Now let’s take a quick look at Germany in the 1930’s and 40’s as the Nazis reared their ugly heads. Here was a country that was financially crippled with a massive budget deficit owing billions of dollars to the rest of the world. Just like the USA.

In the 1930’s Germany was a country where the burning of the Reichstag, engineered by Hitler and his henchmen, was used to create external enemies and to exert internal control over the German people. Hitler then used the media to lie, frighten and deceive the population, allowing a bunch of vicious, extreme, right wing megalomaniacs to gain power. Just like the USA.

In the 1930’s Hitler was surrounded by a group of unelected officials whose sole objective was to take control of Germany for their own ends and with the use of their military might, take control of the assets and prosperity of other, weaker countries. Just like the USA.

In 1939 Hitler embarked on a series of pre-emptive attacks on sovereign nations in the name of “freeing the people” of that country. Just like the USA.

In 1940 the German hierarchy started building special “camps” or detention centers in which to incarcerate and eventually execute those people considered to be “against” their regime. Just like the USA.” 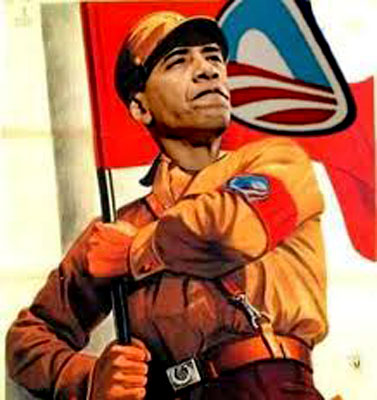 The Fourth Reich did not originate with Operation Overcast, the initiate name for Operation Paperclip.

The classic book Fourth Reich of the Rich, by Des Griffin deserves another read.

“Some 150 years ago, in a speech at Springfield, Illinois, Abraham Lincoln acknowledged the fact that,

“no foreign power or combination of foreign powers could by force take a drink from the Ohio or make a track on the Blue Ridge in a trial of a thousand years.”

At what point then is the approach of danger to be expected?

I answer, if it ever reach us it must spring up from among us, it cannot come from abroad. If destruction be our lot, we must ourselves be its author and finisher. As a nation of freemen we must live through all time or die of suicide.”

Are we committing national suicide? Webster’s Dictionary (1828) defines suicide as:

“Self murder; the act of designedly destroying one’s own life.”

For that to be true on a national scale, the decisions leading up to our national self-destruction would, of necessity, have to be made by those who govern the country Congress, or “the government.”

Much of the German population was captivated by Hitler.

The “presstitute“ Goebbels’ media holds out Obama as a shining example. His manners are a composition of every tyranny to grace the scorched earth of despotic government.

Will the America public come to their senses and make war against this Amerikana version of the Fourth Reich? You need not look for the Boys from Brazil to find today’s Nazi’s.

They do their business in New York City, run their international institutes from London and order their bombing from Washington, DC.

Sieg heil! to the New World Order is the modern definition of national suicide.